A GUIDE TO COLLECTING MAPS
OF THE BRITISH ISLES 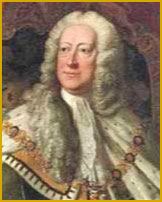 The son of Ernest Augustus, Elector of Hanover

Born at Hanover 18th March, 1660 Ascended the throne in 1714 Married Sophia Dorothea, Princess of Brunswick-Zell in 1682 Had one son and one daughter Died at Osnabruck in 1727 aged 67

1741 - County Maps of England in
Chorographia Britanniae or a New Set of Maps of all the Counties in England and Wales...

1748. County Maps of England and Wales

1748. Charts of Wales in
Plans of the Principal Harbours, Bays, and Roads in St. George's and the Bristol Channels... 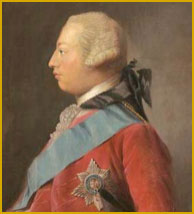 The son of Frederick Louis, Prince of Wales

Born at Hanover 18th March, 1660 Ascended the throne in 1714 Married Sophia Dorothea, Princess of Brunswick-Zell in 1682 Had one son and one daughter Died at Osnabruck in 1727 aged 67

1803. An Atlas of England. Small county maps with unusual orientation

1816 - Publisher of English Topography or, A Series of Historical and Statistical Descriptions of the Several Counties of England and Wales. Printed for Baldwin, Craddock, and Joy Paternoster-Row. The maps of George Cole and John Roper were reprinted in this atlas