The maps of Michael Drayton found in the Poly-Olbion

Maps like no other adorned with nymphs and shepherds

The following maps come from the second part of the Poly-Olbion, published in 1622

Drayton was born at Hertshill, Atherstons, Warwickshire in 1563. An Elizabethan poet and friend of Shakespeare, but to mapmakers he is known for this series of strange and unusual maps of the counties of England and Wales. There are no county boundaries but the countryside is inhabited by shepherds, women and adorned with naked water nymphs.

The work was started in 1598 and in 1612 the first volume appeared illustrated by 18 maps. It was reissued in 1613 but it wwas another nine years that the second part was published with a further 12 maps.

The work was not hand coloured at the time so coloured maps you find will have been worked on in more recent times.

Drayton died in 1631 and was buried in Westminster Abbey.


Poly-Olbion of a Chrographical description of Tracts, Rivers, Mountains, Forest and other Parts of this renowned Isle of Great Britain 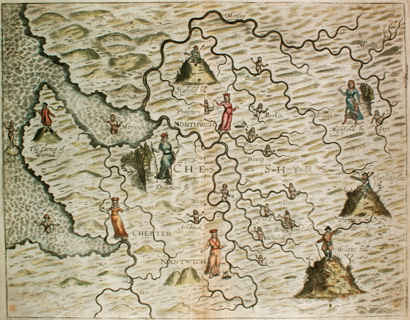 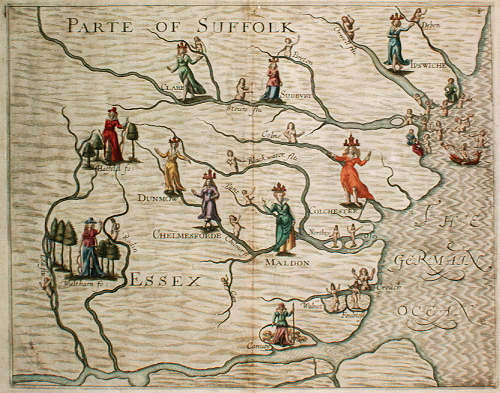