Born in the 16th century. A mapmaker and printer who produced a series of small county maps of England and Wales. The look rather like Pieter van den Keere's maps but are so much rarer

The abridgment of Camden's Britannia. With The Maps of the seuvrall Shires of England and Wales. Printed by John Bill Printer to the King's most excellent Maiestie, 1626

Just the one edition of this atlas published in 1626

John Bill was born in 1576. Although probably born up north he worked in London from around 1590. He was apprenticed to the printer John Norten in 1592 and was involved in the production of Theatre of the Whole World published in 1606. This was a version of the Abraham Ortelius atlas with English text. He was a successful businessman having addresses as a printer at Northumberland House, St. Martins Lane, Aldersgate and Hundson House in Blackfriars, London. John Bill became associated with the King's Printing House from 1617. He became Master and Freeman of the Stationer's Company. Sir Thomas Bodley well known for his support for the Oxford University library commissioned John Bill to travel abroad collecting books. The library was re-opened on 8th November 1602 under the name of "Bodleian Library".

Although John Bill's English county atlas was entered in the Stationer's Register in 1620 it was not until 1626 that *The abridgment of Camden's Britania With The Maps of the severall Shires of England and Wales* was published.

There is just the one edition of this now rare series of miniature county maps by this English cartographer. Rather similar in style the miniature county maps by Pieter van den Keere but slightly more attractive and with flamboyant lettering and much larger blank margins. They were amongst the first maps to show degrees of longitude and latitude marked on each map. The English text on verso does not match the map. This was done so that when you are viewing a map on the right hand side of the atlas (recto) the descriptive text appears on the left hand side (verso). You will probably find it difficult to locate a John Bill map for the county of your choice but that just adds more excitement to the quest. I have read that perhaps the number of copies printed was less than 200.

Listen instead of Reading 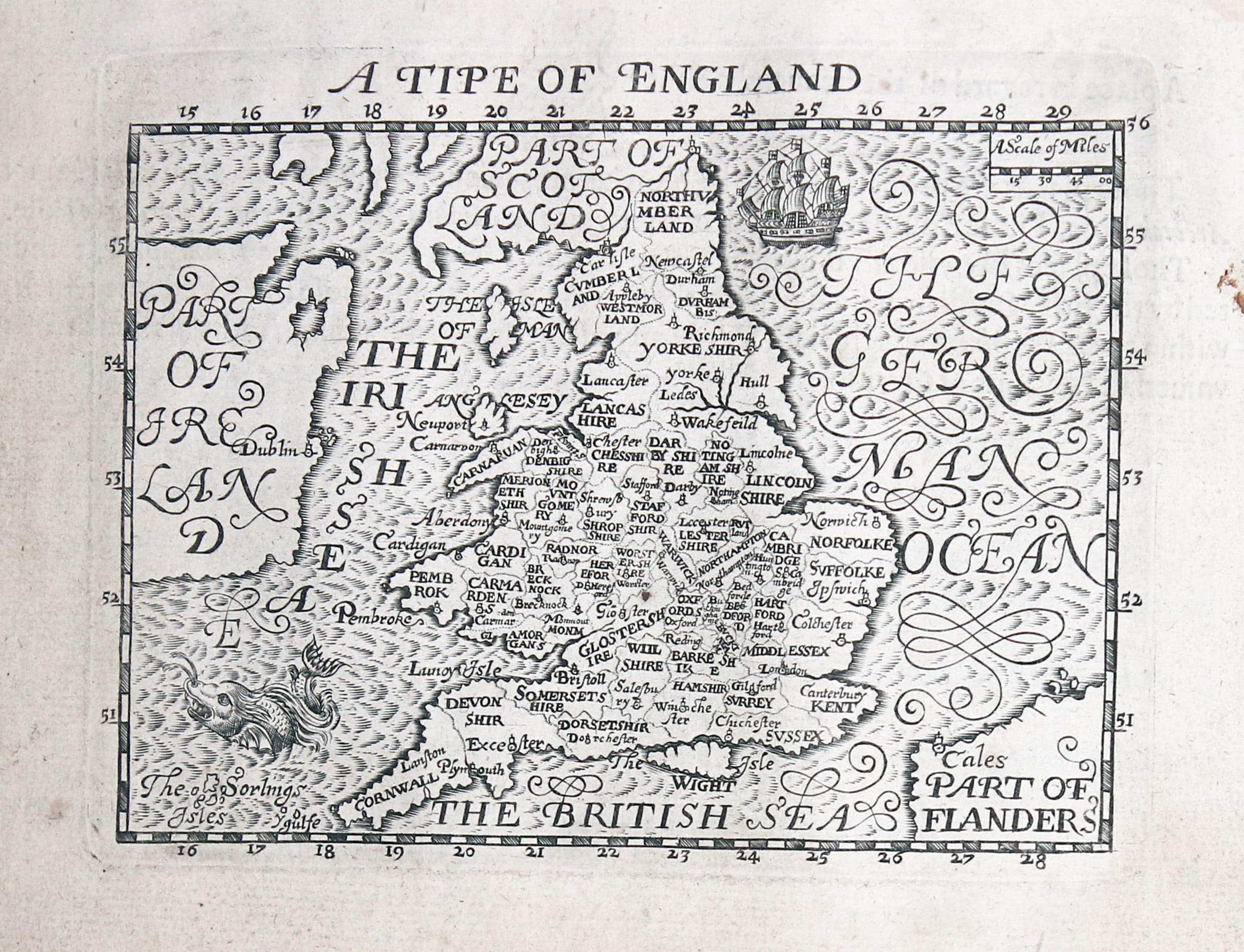 in the order that they appear in the atlas